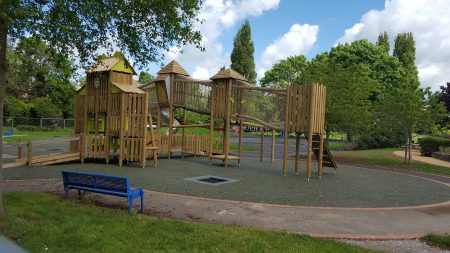 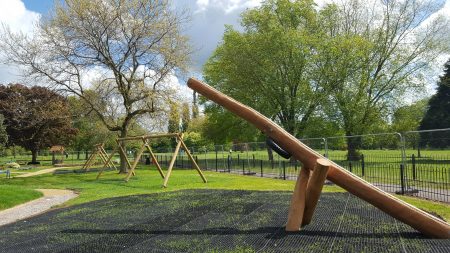 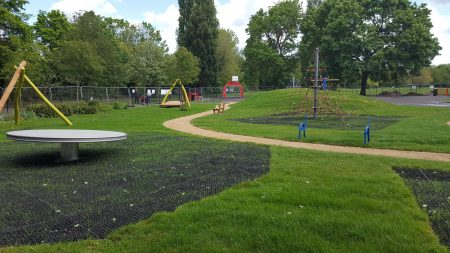 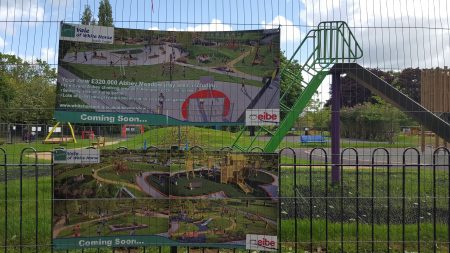 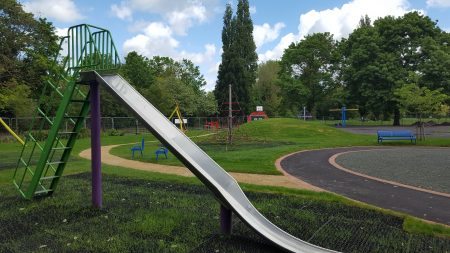 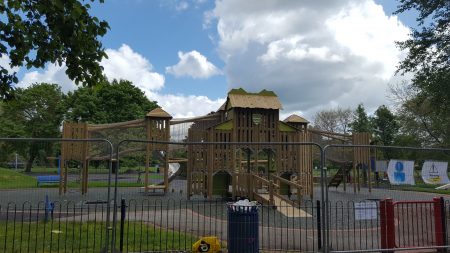 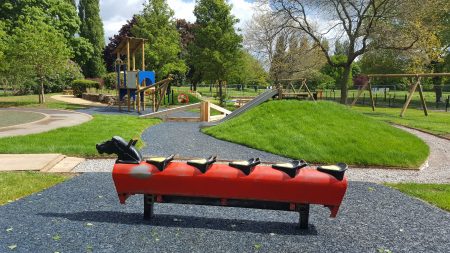 The park is now officially OPEN!

Work has progressed quicker than expected on the new playground at Abbey Meadows in Abingdon and it in May 2017 it officially opened. As part of a £320,000 overhaul of the Abbey Meadows recreation facility,  the majority of the new play equipment has been installed and new flooring has been laid around the equipment,  all the green areas and mounds within the play are are growing well, several of the meandering paths have had the surfaces completed.  They have kept some of the key pieces of the old as well – from the rocking horse to the slide, even some of the old benches too! Great to see them recycling!

The new climbing area is based on the town’s old abbey, there will also be a small replica of Abingdon Lock to walk along, a river scene complete with a boat, a sensory area and play garden, a new wide slide, trampoline, roundabout, an area for ball games as well as some traditional play equipment like slides, swings, climbing net and a zip wire.

Later in 2017 new public toilets, changing facilities and an accessible pathway will also be installed.

more information can be found here