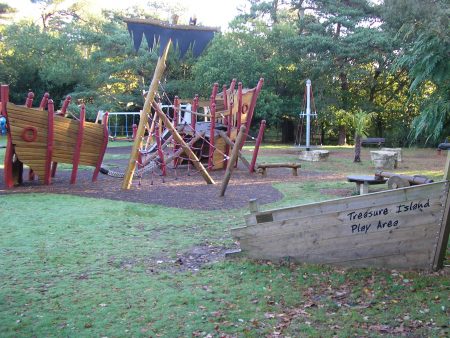 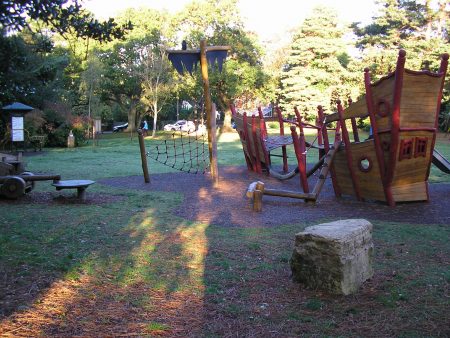 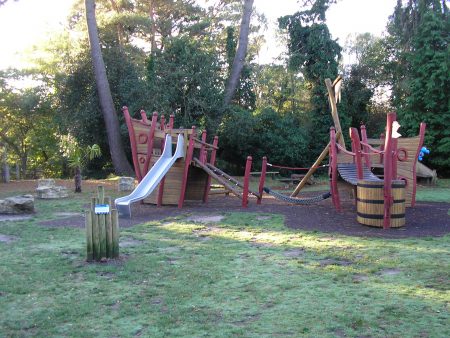 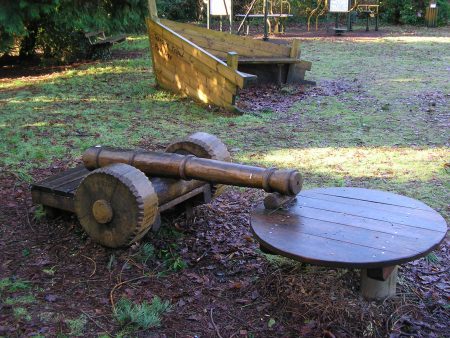 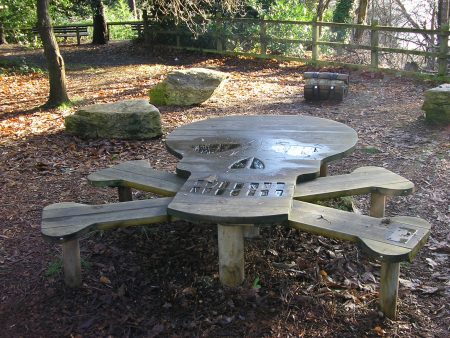 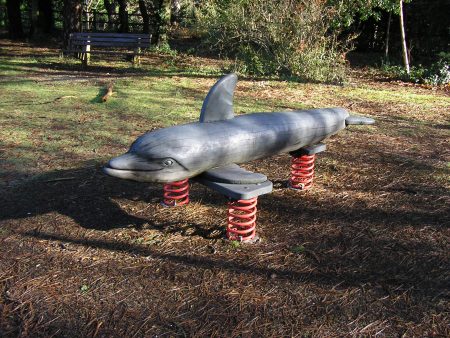 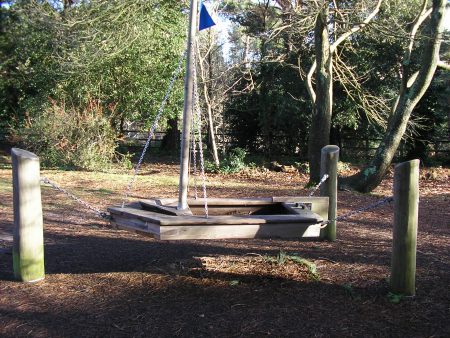 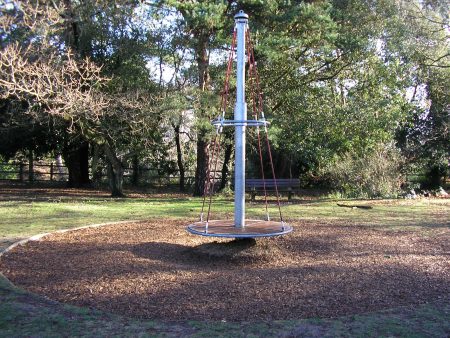 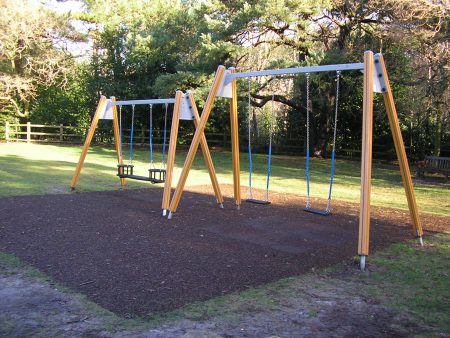 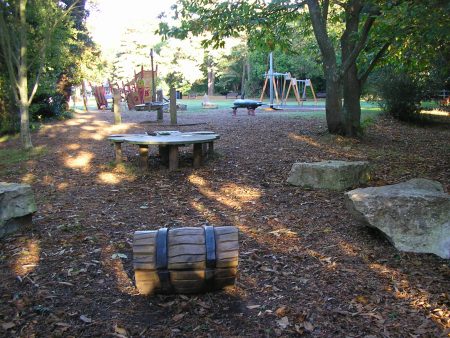 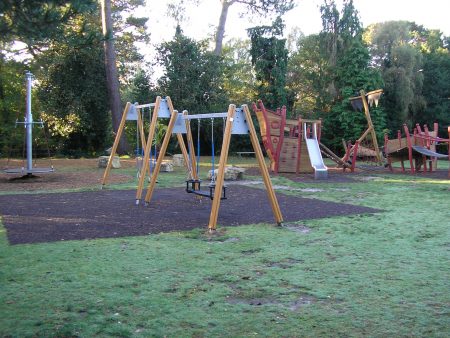 In 2011 the pirate-themed ‘Treasure Island’ play area on the open space at the top of Smuggler’s Chine and Canford Cliffs Chine was opened. The unique play equipment at this park includes a combined toddler swing seat that allows parents or older children to sit alongside the toddlers, a large bespoke wooden pirate ship – complete with captains wheel, slide mast, balance beams, scramble net, rope walk and even a treasure chest. There is also a whirl spinner, a suspended rocking boat, a springer dolphin, and a cannon.

The name Treasure Island play area was voted for by children from a local primary school (Lilliput First School). Pupils were very shown pictures of suggested play equipment reflecting the theme of the seaside and pirates, the voting process culminated with all the school classes voting, “Treasure Island” came out top and will help to build the sense of fun, whilst also making use of the surrounding woods as a natural play area.

Plenty of parking is available on Cliff Drive adjacent to the playground and park area or Esplanade, both of which are only a short walk to the coast and Sandbanks beach.

Find this park with these three words

Kindly Submitted by Clare B